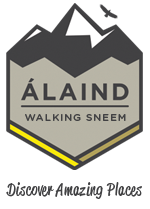 This is a 7km strenuous 4 hour round trip hike to the summit of Mullaghanattin near Ballaghbeama Gap and Sneem on the Ring of Kerry. Mullaghanattin in the Dunkerron Mountains, at 773m high, offers a tough but rewarding challenge to the regular hillwalker with good fitness. Immediately from the start of this walk, we’re treated to stunning views which only get better the higher we climb. This walk is entirely off-trail and requires suitable walking clothing and good waterproof boots. I recommend plenty of fluids, sufficient food and preferably a walking pole, even two. Extended periods of ascent require experience of walking in this type of moorland terrain.

Meeting 10:45am at Ballaghbeama turnoff on R568 Sneem Molls Gap Road. From here we’ll drive to the starting point for the Mullaghanattin Climb.

Mullaghanattin (Hill of the Gorse) Mountain Trip Highlights include:

What We’ll Do on Our Hike to the Summit

Before our hike, we’ll visit Ballaghbeama Gap where the narrow road (200m above sea leavel) cuts through vertical cliff walls. An ice age glacier created Ballghbeama Gap, when it breached the mountain ridge at its weakest point. Today, peering upwards at the 50m high walls is an impressive sight. Here you’ll find a helpful information notice about the Ballaghbeama and the surrounding area including the Magilicuddy’s Reeks and Dunkerron Mountains.

Description of our Route

Today’s guided hike starts near the Gap itself and involves extended periods of sustained ascent to reach the mountain ridge. Consequently, the challenge of Mullaghanattin should not be underestimated and I have rated it as strenuous. This means it is only suitable for those who walk regularly in the mountains and have a good level of fitness.

As soon as we start gaining height, beautiful views of Knocklomena and southwards towards Kenmare appear. It’s not long before we’re able to look down on the Ballaghbeama Gap road too. This route doesn’t disappoint for photo oppotunities.

Continuing along this ridge for 1.5 km and high above the valley, we wind in and around the rocky outcrops and great flat sandstone flags. Keeping an eye out for interesting flora and fauna, we might surprise a Kerry hare or two along the way.

Mullaghanattin itself lies to our west and we’ll usually break half-way up one of the tougher sections. When the sun shines and with protection from the prevailing south-westerly winds, we can sit and snack comfortably here. You’ll delight to hear that Mullaghanattin’s summit approach is neither very steep nor very long. It’s south-facing slopes are dry and grass-covered.

The name Mullaghanattin translates from Irish as Hill of the Gorse. Presumably, being bathed in sunshine for much of the day allowed the gorse to flourish. However, sheep and goats have likely since removed most of the gorse.

On reaching Mullaghanattin’s top, its 360 degree views do not disappoint. For reason of its unobstructed aspect and prominence, Ordnance Survey sited a triangulation pillar (trig-point) here, probably some time in the early 1900’s. Hence you can see it from many of the surrounding mountain tops.

To the northwest you’ll gaze across Cloon Lake and the Caherciveen Horseshoe Mountain and to the north, lie the valleys of Glencar and the Dingle peninsula in the distance. Carrauntoohil & the Magillycuddy’s Reeks loom beyond the Ballaghbeama Gap road to the northeast. The Dunkerron Mountains fan out eastward and westward, which offer more great opportunities for hiking and walking. Spinning around to the south, you’ll see Kenmare Bay, the Caha Mountains on the Beara Peninsula, the village of Sneem and sometimes the Bull Rock and Dursey Island.

While taking it all in, you’ll feel justly proud of your achievement in making it to the top of Mullaghanattin, one of the best mountains to climb in Ireland. If you like how this all sounds, visit our Walks & Hikes – Day Tours page to find the date of the next climb. You can also call me, Fergal Harrington at +353852581480 to organise a hike on your preferred date.

Afterwards, why not visit nearby Sneem for refreshment or a bite to eat in one of the many fine pubs and restaurants. If you’re thinking of staying in the area and looking for a room, I think you’ll find Álaind Lodges, my bed & breakfast, the perfect choice.

What To Wear for Sneem Walks?

What to Pack for this Walk?

If you have questions about this walking trip, you can contact me Fergal Harrington at +353-85-142-2677 or by email.  On our Day Trips page, you can see what dates we have scheduled for this trip and also book your hike online.

What You Can Expect on our Day Trips

Our Walking Experiences are hard to beat for value and quality.

Our Small Group Sizes Make for a More Enjoyable Experience.

what our clients say about us

read more
"We fancied doing something different for our long weekend and booked to walk the Kerry Way. We got such a buzz from walking the hills around Sneem. What a refreshing experience from start to finish. It was a great decision, we had an amazing time"
Annie H. 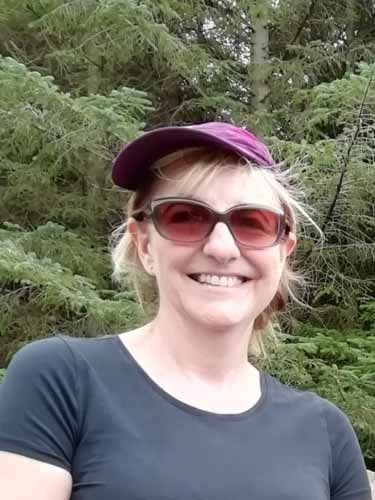 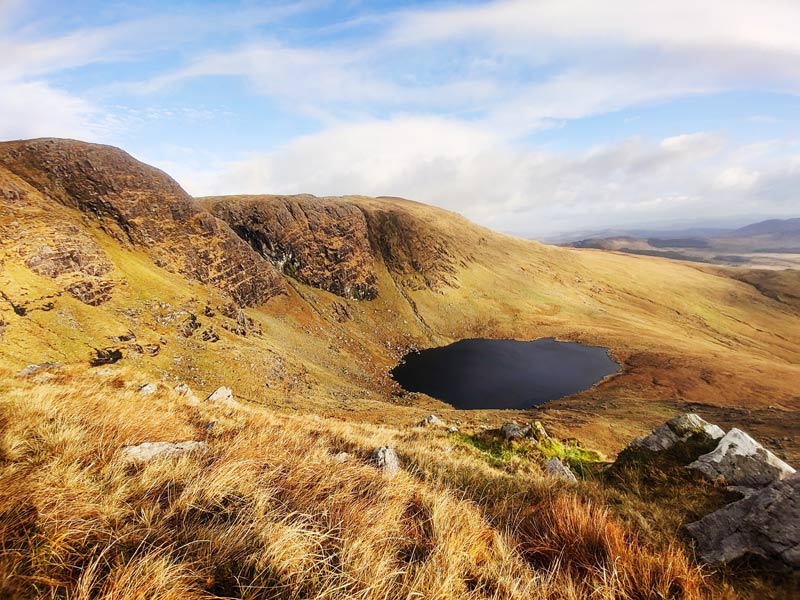 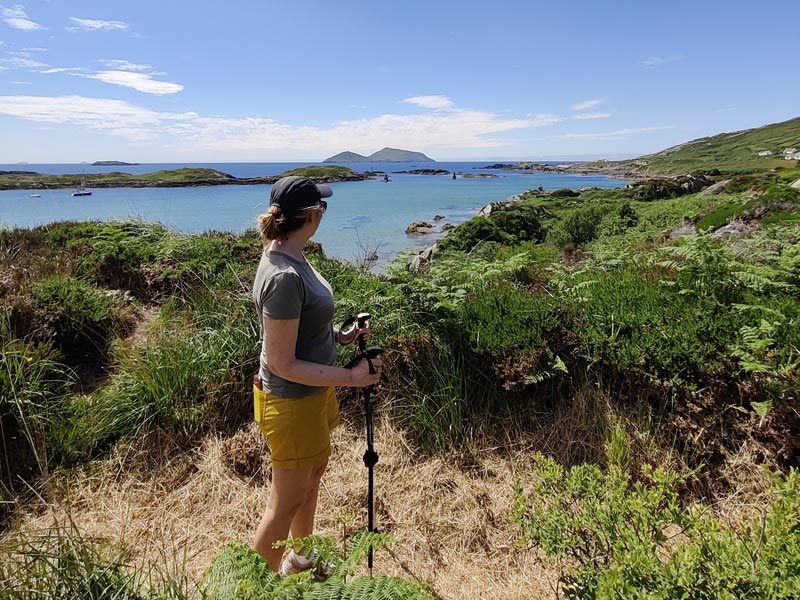 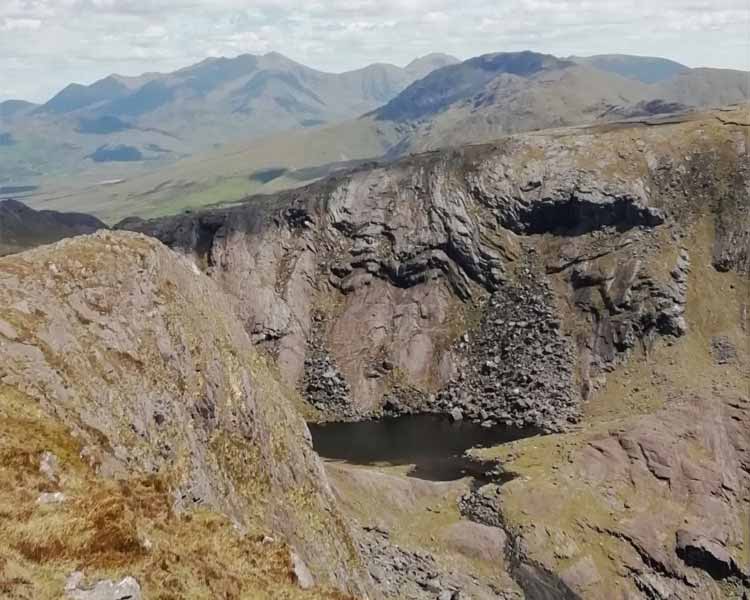 Check Out other Trips We Offer 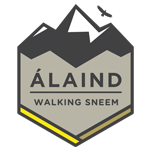 Menu
Inquire about a walking holiday

We use cookies on our website to give you the most relevant experience by remembering your preferences and repeat visits. By clicking “Accept All”, you consent to the use of ALL the cookies. However, you may visit "Cookie Settings" to provide a controlled consent.
Cookie SettingsAccept All
Manage consent

This website uses cookies to improve your experience while you navigate through the website. Out of these, the cookies that are categorized as necessary are stored on your browser as they are essential for the working of basic functionalities of the website. We also use third-party cookies that help us analyze and understand how you use this website. These cookies will be stored in your browser only with your consent. You also have the option to opt-out of these cookies. But opting out of some of these cookies may affect your browsing experience.
Necessary Always Enabled
Necessary cookies are absolutely essential for the website to function properly. This category only includes cookies that ensures basic functionalities and security features of the website. These cookies do not store any personal information.
Non-necessary
Any cookies that may not be particularly necessary for the website to function and is used specifically to collect user personal data via analytics, ads, other embedded contents are termed as non-necessary cookies. It is mandatory to procure user consent prior to running these cookies on your website.
SAVE & ACCEPT